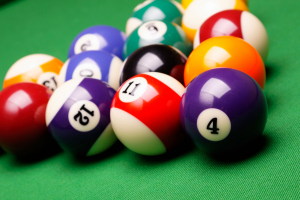 PA Cue Sports is an INDEPENDENT pool league in Harrisburg, PA and nearby areas.

What’s great about being independent?

It means that the League Operator doesn’t have to share profits with a corporate office located in another part of the country.

That means there are more funds available to pay back to the players. Quite simply, the sanctioned leagues are not returning nearly enough back to the players. Sure, they send a handful of teams to nationals every year and PARTIALLY pay their expenses for the trip. But take a look at the size of the sanctioned leagues and the amount of revenue they collect. Then look at the percentage of their revenue that they are paying back.  After the corporate office and the league operator take their “cut”, the players are left wondering where all the green went. At PACS, we don’t sell lottery tickets. Instead, we have end of session tournaments to give away large sums of money (on top of the large amounts of money given to division winners, random drawings, and individual and team plaques). 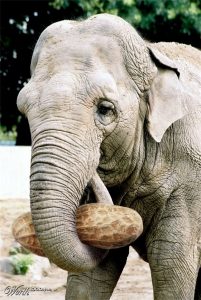 You’re not an elephant.  Why are you playing for peanuts?? Does sending a handful of teams to nationals every year justify pitiful cash payouts??  Don’t be fooled by smoke and mirrors.  You work hard for your money, shouldn’t your pool league work hard for you?  PACS is a league in which you have a REALISTIC chance to win some serious cash!!!

I decided to get involved with operating PACS Pool league because I didn’t think the other leagues were returning nearly enough value back to the players.  PACS is an alternative league for players who wish to be appreciated, treated fairly and would like to see a large portion of their weekly dues returned to them.

After each league session,  the top PACS teams play each other in a tournament format for HUGE CASH PAYOUTS. Quite simply, PACS pays back MUCH more to the players, dollar for dollar, than the sanctioned leagues in the area.  No smoke and mirrors in this league.  No lottery tickets. Just good old fashioned green…..and LOTS of it!

By a landslide, the largest per player cash payouts of any league in the area.

– Skill Levels (2.0-7.5), 26.0 rule in a fun competitive environment that gives players of all skill levels a chance to win. PACS doesn’t assign inflated handicaps as a way to force teams to split up.  At PACS, players don’t move up in handicap until their pool game improves. Period. Handicaps now step in increments of .5 (instead of a full point). This means that a very very weak 4 playing a very very strong 4 now gets a game!!  This is known as “ACCU-RACE” and it more evenly levels the playing field since there is often a fairly large disparity between a real low “5” and a real high “5”. PACS believes that all teams should have a chance to be competitive…even if the team isn’t stacked with “heavy hitters”. The purpose of a “handicap” league is to make less seasoned players (and teams) competitive.

– We don’t play league on major holidays. We respect that pool league is a recreation and know our players have lives beyond pool league. The players’ personal time is more important than PACS squeezing more money from the players.
– Large cash payouts for teams that win their division
– Updated schedules/important happenings on website.   Players deserve to know what’s happening and why we do things.  Transparency is important so that the players know we aren’t making things up as we go.
– Extremely fair handicapping system by use of sophisticated algorithmic program, charting techniques, and probability/trend analysis to weed out “sandbagging”.  Sandbaggers need not apply.
– Easy method of scorekeeping
– Comfortable safe “stress free” venues  (Many have DIAMOND pool tables)
– No Annual Membership Fee
– No added fee for paying weekly dues via Paypal.   It’s my cost of doing business, not yours !!!
– Personalized Plaques for MVPs
– We won’t imprison you. If a team qualifies for postseason but wishes to not play the following session, that team is still eligible to play in the tournament that the team qualified for.
– End of session tournaments are nearby.  In some leagues, teams that are on the outskirts of the territory are forced to either get a hotel room or drive 2 + hours each way to the tournament.  That gets costly on tournament weekend.   PACS is heavily concentrated in the Harrisburg area so nobody has to drive very far to the end of session tournaments.

Know someone who plays or played in PACS??  Ask them what they think.  Have any concerns?  Contact me and allow me to alleviate those concerns!

Current players should use the POSTS AND UPDATES section or browse the Posts by Category for up to date league info. Also, please sign up for the email updates to keep up to date on what is happening!

PACS….. A pool league for humans.  Taste the difference at PACS!!!