I sometimes will hear from a player about things that went awry at a recent match with a particular player and/or team. I understand that there are usually two sides to the story that are quite different from one another. I don’t usually put a whole lot of stock into the complaint if it is a player/team that I often hear FROM, or if it is about a player/team that I rarely hear anything bad ABOUT. In an effort to reduce some of the problems, I am going to ask from input from each team captain at the end of the session. I’d like every captain to send me an email or text AT THE END OF THE SESSION to tell me if there is any player or team that they FREQUENTLY have problems with along with an explanation of specifically what problem(s) they have. The responses I get will be completely confidential. My hope is that by doing this, it will encourage captains to control their players when they are getting out of line. Pool league is supposed to be a fun night out for players who enjoy shooting pool with friends. The money that you can win should be secondary. Don’t sacrifice your dignity in the hopes of winning a few hundred dollars. Not only is it not worth it, but if I am hearing ABOUT the same players/teams often, there’s a pretty good chance that the complaints have merit and they will therefore be on my s&(! list. Getting on my s&(! list will put your team at a disadvantage in reaching the postseason and in bad standing with the league. Captains, if you have certain players who are frequently the source of problems at league matches, you may want to consider addressing it with them and/or replacing them on your roster.

Captains, I want you to erase from your memory any bad experiences that you’ve had with certain players/teams so that everyone is starting with a clean slate. Lets see if these steps can reduce the amount of arguments that we have at league matches. 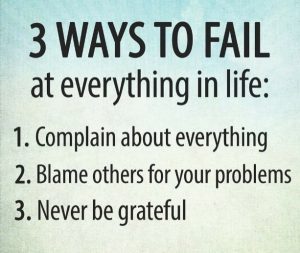